Merdeka! describes the explosive situation in Malaya between the end of the Second World War until the termination of direct British rule in 1957.

The study fills in certain gaps in existing knowledge of this critical period in Malayan politics, with analysis of the conflicts between the British Military Administration and the Communists, the radical reaction to the Malayan Union proposals and the Federation of Malayan Agreement, and the agitation for constitutional democracy.

This is a study of the Kesatuan Melayu Muda (KMM)—the first Malay political party, established in 1938 and led by Ibrahim Yaacob. KMM is often regarded as the precursor of the ‘Malay Left’.

Modern Malay politics is said to have divided into a ‘left’ and a ‘right’ stream from the 1930s. The differences between the two poles are not to be equated to our conceptions of such terms but instead they indicate the respective Malay political parties’ affinity to prevalent ideologies; the educational backgrounds of leaders; and the influence exerted by leftist anticolonial Indonesian political exiles.

This book makes this largely academic debate available to a wider public, contextualising KMM’s founding within early 20th century transformations of Malay and Malayan society—especially the emergence of an elite alienated from, and dissatisfied with, traditional court-based power. It argues that the Malay Left emerged within the new elite’s two-pronged struggle: against colonialism and against the traditional rulers who were the only ones allowed a ‘voice’.

A good read for anyone wishing to go beyond the generally airbrushed and bland versions of Malay, Malayan, and Malaysian history.

The Long Nightmare: My 17 Years as a Political Prisoner

Once editor-in-chief of the leading Malay daily, Utusan Melayu, Said Zahari was banned from Malaysia during the historic 1961 Utusan workers’ strike for political autonomy. From February 1963, he was detained without trial in Singapore for 17 years together with other political dissidents.

Said emerges from these memoirs as a dedicated husband, father and friend, committed to and willing to undergo tremendous hardship and sacrifice for his anticolonial and progressive ideals.

“An inspiration to all, then and now, Said Zahari and his comrades lost, but struggled with their principles and dignity intact and uncompromised, despite making tremendous sacrifices. Theirs would have been a different Malaysia and Singapore, probably with less economic growth and foreign domination, but probably more united, less harsh and with different, more human and decent values and priorities.”

The People’s Constitutional Proposals for 1947

The constitutional Proposals and their exposition, which follow in Part Two, hav been drawn up by the Pusat Tenaga Ra’ayat and the All-Malaya Council of Joint Action.

It is necessary at the outset to review the political developments in Malaya during the period since the liberation of the country from the Japanese.It was clear, when the war was over, that the pre-war system of administration had to be drastically reformed, and that the cumbersome threefold structure and Settlements, Federated Malay States and Unfederated Malay States should be replaced by a unified system of administration under strong, central government.

Negeri Sembilan, the “Nine States”, in Chinese popularly known as “Similan” is one of the nine Malay states of Malaya. Seremban is the capital but it is in Kuala Pilah that the Rule’s palace is situated.

The economy was based mainly on mining with dredgers at Titi and Rahang, and agriculture, mainly rubber and palm oil, rice, fruit and vegetables. The proccesing industry was less developed than commerce. Shops dominated the towns.

This product was added to our catalog on Thursday 08 December, 2005.

Fong Chong Pik: The Memoirs of a Malayan Communist Revolutionary

Fong Chong Pik, or Fang Chuang Pi or Lee Ping, or “The Plen” as he variously known, spent his twilight years, post 1989 Peace Accord, contemplating and writing about his life on the flipside of Malayan history. Longing to return home at last but never allowed to, he was acutely aware of how he, and the Left, had been written out, or excoriated, in the official accounts of Singapore’s independence struggles.

Raised in Singapore, Fong Chong Pik saw himself as a Malayan, and a patriot, in the footsteps of the brave World War 2 anti-Japanese resistance heroes. In turns humorous, exuberant, savagely bitter, and nostalgic, his memoirs sharply recall the moral and political dilemmas and struggles of growing up in the 1950s. Here are vignettes of risky underground propaganda work; a Kafkaesque arrest and interrogation by the mobilization; exile; and life as a Communist guerilla in the jungles straddling the border of Malaysia and Thailand. Significantly, he tries to set the record straight about his secret meetings with Lee Kuan Yew. His writing is shot through with his sheer love of life: adventure, schoolboy reminisces, pranks, and a deep affinity with nature.

The vividly told episodes of courage, treachery, honour, and loss will leave you wanting to know more about the true history of Singapore as part of Malaya, and the men and women who have been forgotten

Merdeka! describes the explosive situation in between the end of the Second World War until the termination of direct British rule in 1957. The study fills in certain gaps in existing knowledge of this critical period in Malayan politics, with analysis of the conflicts between the British Military Administration and the Communists, the radical reaction to the Malayan Union proposals and the Federation of Malayan Agreement, and the agitation for constitutional democracy.

Hour”: The Malaysian – MCP Peace Accord In Perspective

According to this scholarly polemic by Collin Abraham, with the promulgation of the Haadyai Peace Accord in 1989, Malaysia finally took its place among independent nations of the world after centuries under the yoke of colonialism.

Any attempt to explore an event in the history of the guerrilla warfare in Malaya from a social science perspective is bound to be fraught with theoretical and conceptual problems. Nevertheless, social scientist Abraham has managed to wade through the deep end of this malaise by dissecting the defining milestones that led to the peace accord: the roots of the anti-colonial resistance in Malaya in the late-18th century, racial polarisation, the Malayan Union, the colonial transformation of Chinese society, the Japanese Occupation, the Malayan Communist Party, the Malayan Emergency (1948-1960), the Baling Talks (1955), to the Haadyai Peace Accord in 1989.

An intriguing chronicle of events leading to the way we are today. This is required reading for anyone who cares about the historical evolution of Malaysia and where we are heading 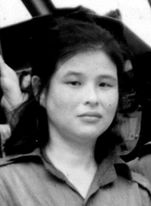